Guinea Fowl Facts is a continuation of 3 articles documenting events from the egg to the current mating season of our guinea fowls.

Some Guinea Fowls Facts We Weren’t Prepared For…

This guinea fowl information has come about purely through my own experience.  Starting the journey as a complete novice,  I knew not a thing about how to raise guinea fowl keets.

Thrown in at the deep end with an unexpected clutch of little keets, that’s the name of guinea chicks, it caught me totally by surprise!   Truth is, although I had set the eggs under a broody hen myself,  when I tested the eggs at about 1 week I thought none of the eggs were good.  I was half expecting that to be so as I had the eggs for some time before a hen went broody for me to use.

How wrong I was!  I’ve since learned that the test should have be done at about 2 weeks, which most probably would have told a different story.  I decided to just leave the hen there because you never know, but I really didn’t expect any to hatch.

What’s all that noise? 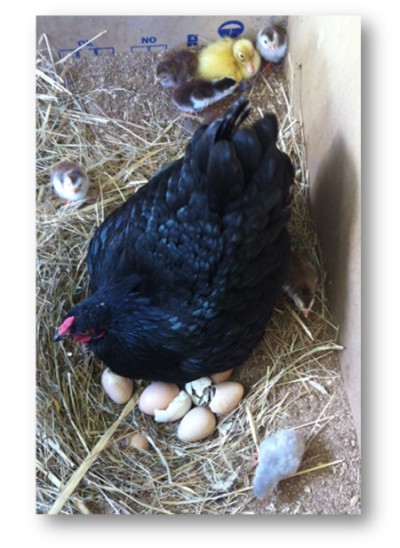 It was one day when my son (Trent) went to let the birds out in the morning, he came up saying that he could hear a lot of noise going on in the box.  I ran straight down there and upon lifting the lid, 9 pairs of eyes were staring up at me… the mum, 7 keets and 1 duckling. (I had set a few duck eggs under her also for good measure).

There I was, catapulted into a new season, both in their lives and mine. I’ve covered much about guinea fowl care in the links below.  You can definitely say I’ve learned by experience.  Of-course, Google has helped me along the way too.

Our broody hen called Whitefeather continued to sit almost another week longer than hens normally do.  Chicks usually hatch at about 21 days, but guinea fowl and ducks take about 28.  She didn’t even hesitate, so determined was she to bring forth her little ones.  She produced:

* There are many different varieties of guinea fowl of which we have 3 types. Any variety can be “pied”, which simply means various degrees of white feathers covering their chest and wings.

Out of the 7 keets hatched, 2 were girls and 5 were boys.

Over time, the duckling gradually made the transition to the other ducks, although she continues to spend time with all our birds.  They all love her and she’s so caring of them all, especially if there is some trouble with the keets… like they have accidentally flown onto the other side of the fence.  She runs over to them quacking as she goes, most upset they are not where they should be.  Don’t  you love it!

All the keets got along together quite famously, roaming around our grounds with all the other birds.  Rarely was there any arguing between them, except while they were still quite young they’d chase the lavender mercilessly as they obviously believed he didn’t belong with them because of his different colour.  I found this most upsetting as the lavender was my favourite.

Lavender took refuge amongst the hens who accepted him totally.  Even the rooster didn’t have a problem with him.

Then at about 6 months occasional fights broke out between the males.  This, I believe, was the young males beginning to sort out their mating rights.  There was one major fight between a couple of them that went on for hours.  I caught some of it here:

At about 9 months, or was it 10… it kind of crept up on me so I didn’t specifically document when it began… the females began their endless calling.  From what I understand, they were calling for a male.  They were getting ready to mate.  Meanwhile, the males didn’t seem to take any notice of it.  I used to wonder why they didn’t tell them to “shut-up!”

The girls called “buck-wheat” over and over, and over, and over… and over… endlessly. They  would do it anywhere, but preferred to be high up somewhere, like the roof of the shed, or house… or on top of the tank … or into one of our many blackwood trees.  They’d lift their head up high and go for it.  To us, it was for no apparent reason… surely their throats would get sore!

During this period of time, because only the girls made all the noise, we were under the impression that although the females made such a racket, the boys were all very quiet.  We began to think this is the way it is… and would be… forever!

Maybe after about a month,  the whole situation took a turn for the worse!  Suddenly the males found their voice!  Oh-oh, what is all this?xx

Now with both males and females calling, it brought trouble into our camp… the males of my household were most intolerant of all the noise.  Much discussion took place as to what we should do.  Maybe I would have to get rid of all my “babies”, which was a little upsetting.  Fortunately for us, we have no close neighbours, as I’m sure they would have told us they have to go. 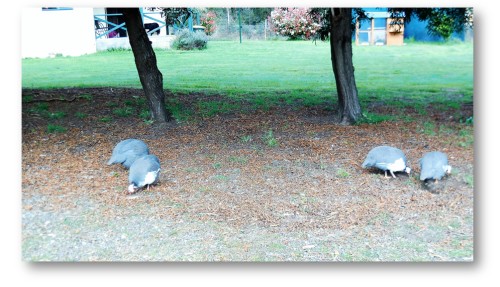 Then one day, to our surprise, we noticed that 2 of the boys had paired up with the 2 girls.  We now had 2 couples.  Our Pearl Gray had bonded with one of the Pied females, and the other Pied female had bonded with a Pied male.  One pair would go off in one direction, while the other pair went in another.  As a couple, they do everything together.

I watched them for a couple of days to make sure they were truly bonded as I thought maybe they were swapping partners.  But as it turned out, they’ve remained together with their own special partner.  I have Mr & Mrs Pearl, and Mr & Mrs Spot Pied!

Now I was left with 3 batchelor boys!  Oh no!  But as I didn’t want to part with any of them, I decided to wait and see what to do down the track.  Well, I’m at that stage now, aren’t I.

Someone offered to buy a pied.  Oh I didn’t want to do this… but something had to be done, so I sent him off to a home where he is lord of the manor… just him and his own 3 girls.  I’m not at all worried for him now as I know he finds life good!  It was sad to see him go though.

So now there are 2 bachelors… 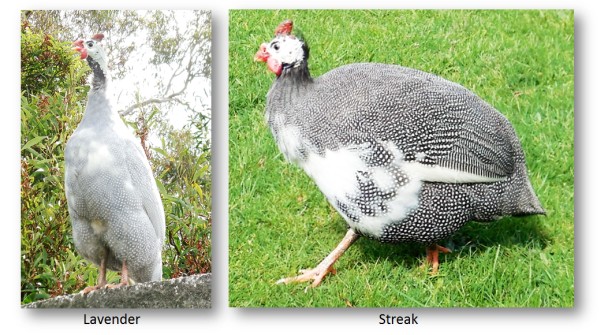 A few more days passed by
and I began to realise…
all the noise had quietened down.
It was amazing!

Now the penny dropped!  All the noise was just them preparing for mating season.  The girls first, and then the boys, both with their individual calls.  You see, when the girls began all that constant calling, instead of me thinking I needed to provide more females for the boys, I thought I’d rather get rid of the girls and only keep boys.  Boys are quiet, girl are loud… or so I thought.

But this was only as we were going through it, when we didn’t comprehend what was going on.

Meanwhile, Lavender is very bonded with the chooks and is happy to wander around with them all day, but he won’t have Streak being part of the group.  I feel sorry for Streak. I guess what goes round, comes round.   He’s getting his own back!

Let’s Find Some Cuties for my Bachelor Boys 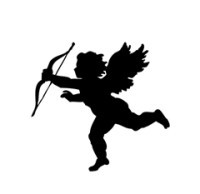 So now that they’ve quietened down, I’ve made the decision to play cupid and find 2 more females to fall deeply in love with my bachelor boys.   Although Lavender was always my favourite, Streak has become quite close to me… and he’s the only one that will eat out of my hand.  He does other quite cute things too that let me know we have a special thing going… something I don’t have with any of the others.

When I finally get the 2 new females, which I hope won’t be too long as it’s hard being a bachelor boy especially when the only girls in sight have been taken… and jealously guarded I might add… I know they’ll need to be locked up together in their pairs in separate quarters for a couple of weeks.  This is to allow them to find love and bond together and not have any hussy females fluttering eyelids at other boys instead!

You know, if I’d allowed the men in my household to have their way, we would have sold the guinea fowl during that extremely noisy period, and I would never have known the outcome.  I would have spent the rest of my life believing that guinea fowl, as they mature, are always very noisy birds.

Call of the “Watchdogs”

I must tell you that all of them will still call out if they are worried about anything not being quite right around the property.  Guinea fowl are like watch dogs, in fact, many think they are better than a watch dog.  They are extremely brave and will sound the alarm at any intruder, whether it be hawks overhead, or snakes in the grass.  So far we’ve definitely experienced them driving the hawks away (thankfully) but so far we’re not aware of any snakes.  Hope it stays that way!

I am so thankful they have quietened down as the peace and tranquility of our place has been more or less restored.  What I can’t tell you at this time is whether they mate for life, or will we have to go through all this again next year?

I believe the 2 females should be laying eggs now, but I’ve not as yet found the nests. I’m led to believe they normally lay anywhere except in the nests the chooks use.  They like to create their own nests out in the bushes, in hard to find places. But I guess that’s a story for another time.

Don’t forget to check out my other posts on guinea fowl:

If you are considering whether or not you should acquire some guinea fowl, I hope this article on Guinea Fowl Facts has helped you to receive more insight and understanding on the different stages the birds pass through as they grow. If you have any questions or comments, please leave them down below as I’d love to hear from you.  I will come back to you. 🙂