Our Second House – ‘The Cottage’ 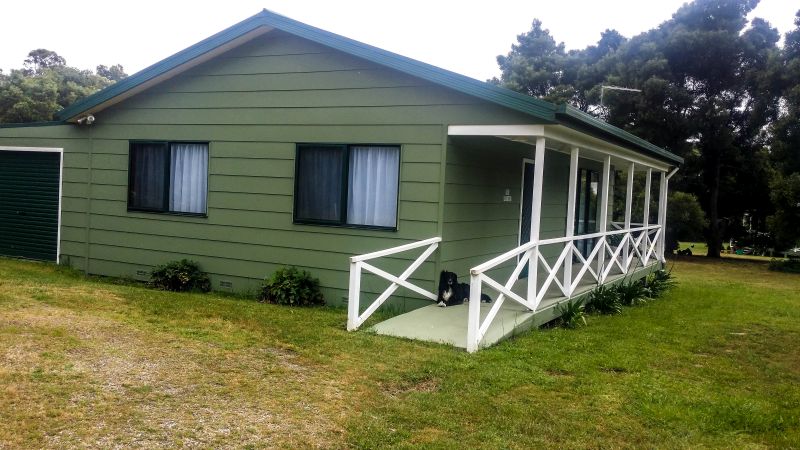 One glance at this photo tells me Trent is out!  There is Rocky sitting in his favourite place so he can spot Trent (or hear him) well before he arrives home. 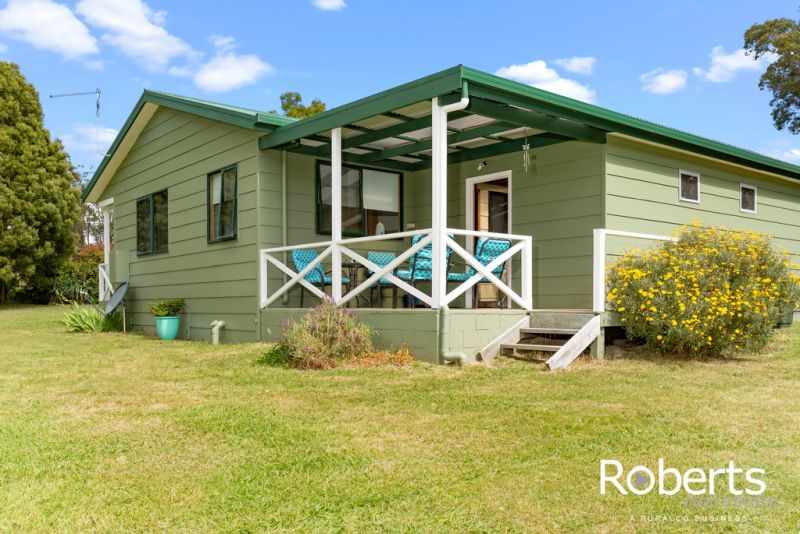 Showing the back deck of The Cottage.  Trent has sunned himself often right there! 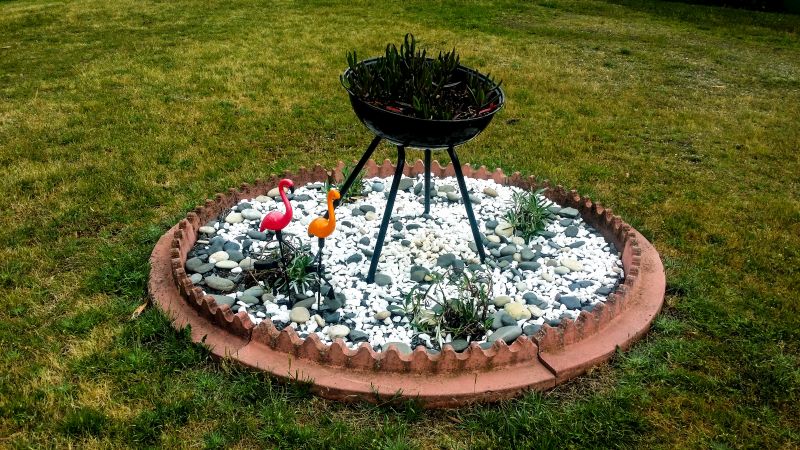 It’s quite fun what you can do with a bit of old rubbish!  It’s not so long ago that Selwyn put this together so the plants need to do a little growing, but it should look really pretty when they come out in bloom.  The two flamingo’s are solar so they light up at night.  We see them from The Homestead and they look so pretty. 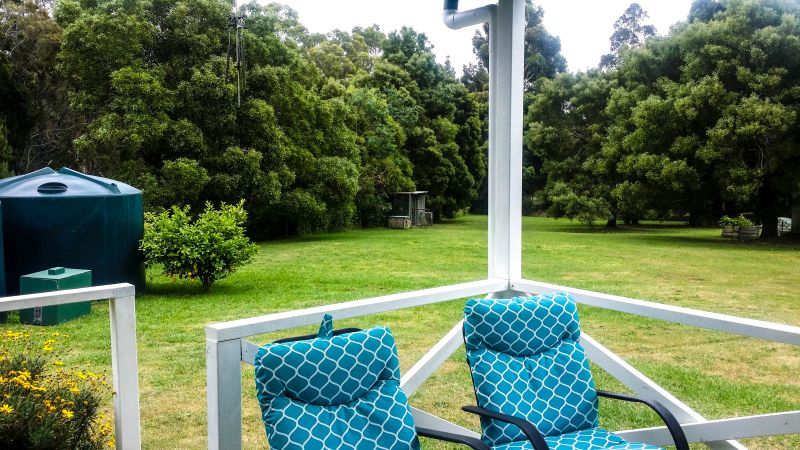 How I love all the trees!  The parkland like state of our property is outstanding.  This is taken off Trent’s back deck looking down to the pens I use for the guinea fowl, and beyond to the dam.  There are two pens which were both originally used as dog pens by the previous owner, but with a little alteration they work perfectly for the birds.  I lock them up during the night and allow them to free-range all day long.  The tree opposite and closest to the pens is what I call the ‘Guinea Fowl tree’.  This is because on occasions the guineas have nested high up in its branches.  They always tend to migrate towards that one tree, so hence its name.  Anyway, that’s another story! 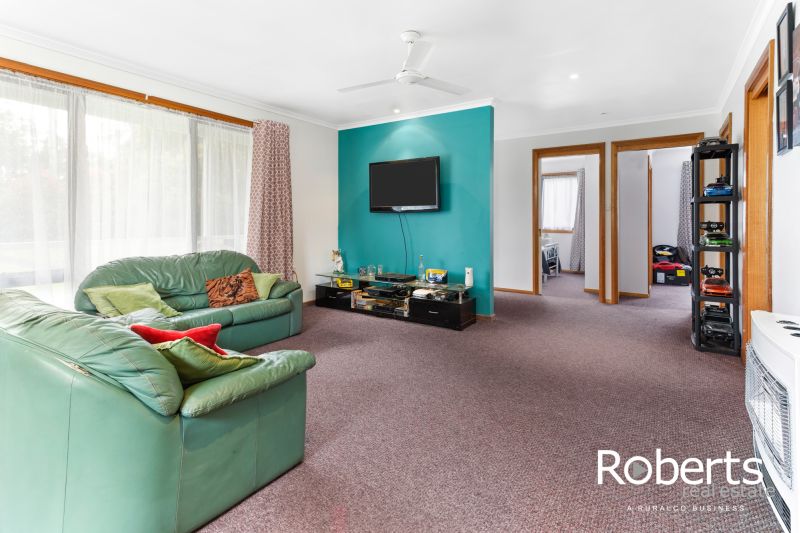 The second house worked perfectly for us as a home for Trent.  When we originally came down to Tasmania from Gosford, NSW, Trent’s then fiance came with us… and a horse in tow!  They tried to make a go of it here but unfortunately it didn’t work out.  It’s nice that they are still really good mates though and Cassi comes out often. 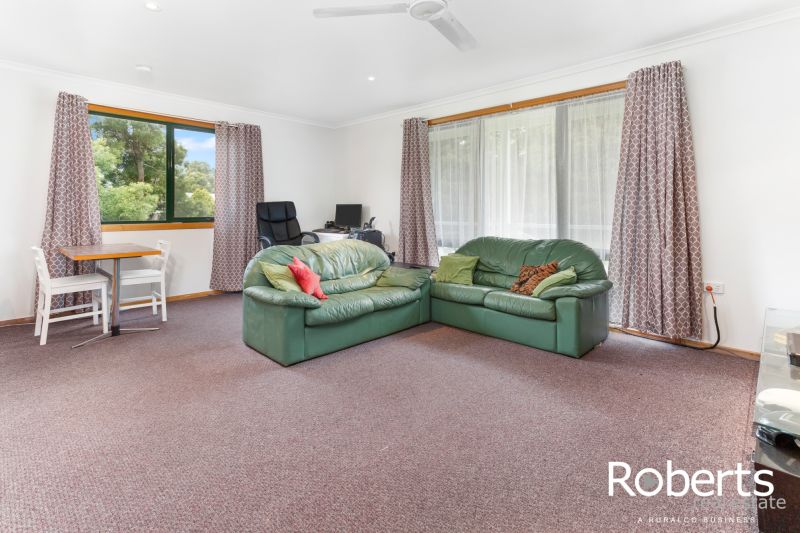 He’s kept the furnishings simple which gives it a nice clean appearance. 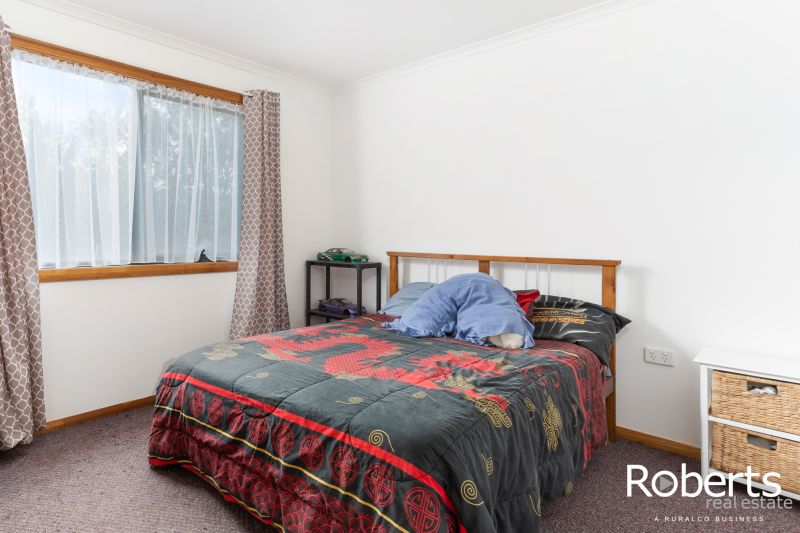 He did have his walls decorated but took it all down when we decided to paint it throughout. 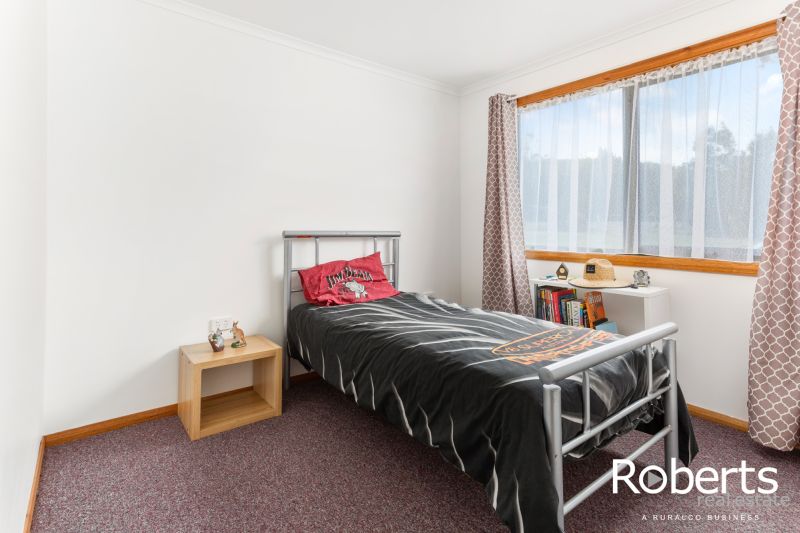 Cassi often sleeps here but Trent has had some mates come down from the mainland to spend time with him, so the spare bedroom has worked well for him. 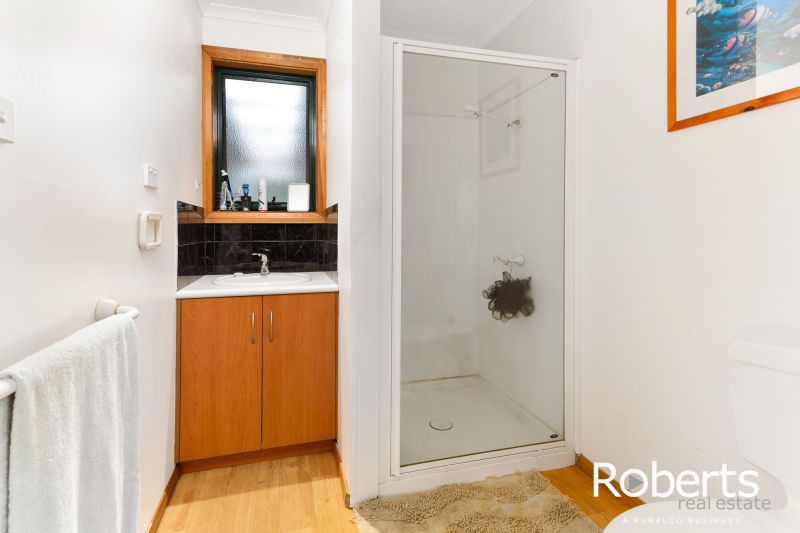 The shower room, not a bathroom as it doesn’t contain a bath, has been all he’s needed. 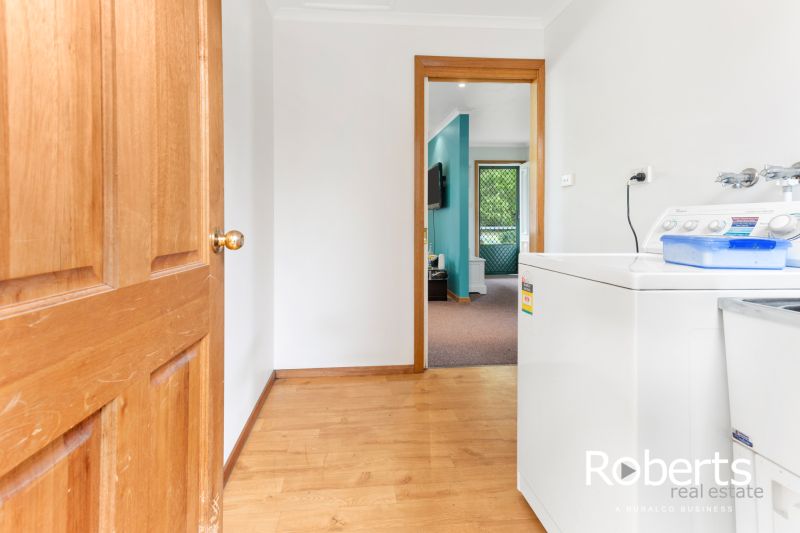 It has its own little laundry which once again, has been all he’s needed.  Rocky usually sleeps in his bed in that corner you can see and is perfectly happy right there. 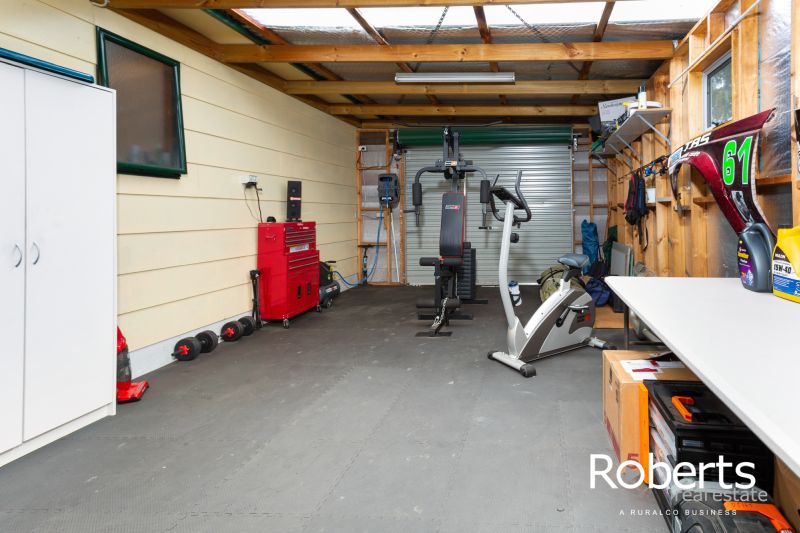 On the back of the cottage is a single garage.  Trent has never used it as such but it’s received good use to store some of his things and to house his gym equipment.