A question that gets asked is how do you manage to keep the guinea fowls contained?

It’s not always easy, but once they learn where home is and what is expected of them, they generally tend to stick around.

The only time I’ve had guineas fly away was when I was letting them out of the pen for the first time after they had been locked up for two weeks.  Why do they go?  Because they are frightened off by the other guineas, so they get out of it.

But I’ve never lost one that way… they have always returned.  Read the great story here…

Stirling and Pearl flew away together. But let me explain how it happened…

My guinea fowl male called Stirling, and his lovely wife Pearl, had touched wing-tips and flown off  together to start their own life.

I was really disappointed, but decided to let them go in my heart.  If they weren’t happy here, then better they go off together to find a happy place.  At least they had each other and would be able to start a little family of their own.

You see, we had bought Stirling, thinking ‘he’ was a ‘she’.  We had tried to bond ‘her’ to our other silver male, but of-course,  nothing was going to happen there.  I realised pretty quickly that Stirling was a male because I only heard male sounds coming from him… never female.  His wattles do look like a female so I can understand the man making a mistake when he supplied him to us.

When I realised he was definitely not a girl, I let them out of the pen.

Unfortunately, this left us with an extra male with no female mate.  It worried me considerably as I could see problems brewing!  And trust me… it did.

You can read all the details on how it happened here:

What you do when you’ve got to have a mate!

To begin with they were fighting over Grace.  Silver had pinched Grace off Gray and now Stirling wanted her too.  Oh dear!

Midway during all their fighting, the fight changed from being over Grace, to Sally.  Why, oh why, did they always want the same girl?

At this point I decided enough was enough so I purchased another female that I called Pearl.  I straight away locked both Stirling and Pearl up for two weeks for each of them to bond, and for Pearl to understand that this is where she needs to come and roost each night.

This is the only photo I have of Pearl.  She was such a pretty little thing, having a lovely pink flush right down her neck and on her chest.  I’d had one before (Rose) that had the same colouring, but unfortunately she died.

Anyway, I’m happy to say that it worked perfectly.  They bonded and seem to be very much in love. 🙂  The problem lay in the fact that Silver still thought that Stirling was going to challenge him for Sally.  This meant he was still relentless in picking fights with Stirling.

Stirling and Pearl were only interested in each other and he’d completely lost interest in Sally.  Anyway, they only lasted on our property for a couple of days before they just disappeared.  Gone!

This was when I became upset at their departure.  I hadn’t had the chance to really come to know Pearl, but I knew that Stirling was a delightful boy.  All my hens loved him because he didn’t chase their tails as Silver often does. 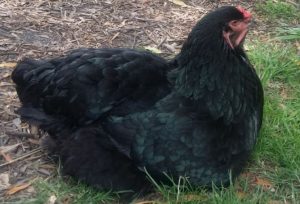 I have one hen called Joy (called so because of her scowl!) who has started to refuse to enter the hen-house until after I’d put Silver away in another pen.  I used to allow Silver to sleep with the hens, together with Sally, as that was the  place he always wanted to be, but as he knows he has it all over Joy, he delights in chasing her.

If any of my hens turn on the guinea fowl and let them know what they are doing is unacceptable, the guineas will never chase them again.  I’ve seen this time and again.

But poor Joy was always the underdog and Silver knew he had it all over her.  Hence, she’s learnt to keep a wide birth from him.

Don’t let anyone ever tell you that birds are not smart!

People dare to use the term ‘bird-brain’ which I greatly detest.  When you take the time to get close to your birds, you soon find out how smart they are.

As it turned out yesterday, all my birds were far smarter than me!

Of late, my guinea’s have started to fly over a certain part of the fence.  This takes them into the neighbour’s long grass which is waiting to be baled.  The reason they go over is for the grasshoppers.  Oh, they love them!

I could see five of them in the yard at dinner and bed time, with only one missing.  I thought this was strange.  Looking at them again I could see ‘Silver’ but no Sally, and thought she must be on the nest.  She’ll come when I call, I thought.

Something I noticed was that ‘Silver’ was eager to go inside the hen-house, but I made sure he was locked out until I could put him away.  Other than that, I didn’t take any notice of him as I was busy attending to the other birds.

Later I saw Joy, that’s the one that will not go near Silver, come walking over right beside ‘Silver’ and wandered into the house.  It took me by surprise and made me wonder.

So… I thought to myself…  they are getting along now… wow, that’s great!

OK, so all the other birds had been attended to, so now I take the guinea fowls over to their pen.  “Come on” I call, but only four guineas came.  Hmmm… why isn’t Silver coming?  And anyway, where is Sally?

Then I saw her.  There she was over the other side of the fence waiting for me to let her back inside.  I have some bricks blocking the hole and although they fly over to get out, they often expect me to remove the bricks for them to come back inside.

Over I went and asked Sally what she was doing out there alone.  Then I heard a sound! There was a silver guinea coming out from underneath some ferns.  What on earth is going on here?  Who is that?

A real moment of confusion for me!

I looked back to the pen and could see the bird that I thought was ‘Silver’ still outside the hen-house.  My mind couldn’t comprehend for a moment.  I looked from this silver bird, to that silver bird!

Then I looked closely at the silver bird outside the fence and knew immediately that it was Silver.

So who is this other silver bird? 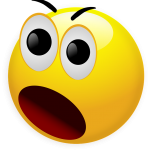 Oh! Suddenly it hit me!

I looked closer and yes, it was my beautiful Stirling!  The dear little man had returned!

He’d been gone from the property for about five or six weeks!

Now he was back!

You see, all my birds knew exactly who he was.  They weren’t like me… duh!  I had just glanced at the silver bird and presumed it was Silver.  By now, I didn’t expect to see Stirling, so my brain didn’t register… not at first.  Unlike my other birds… they knew!

My prodigal bird had returned 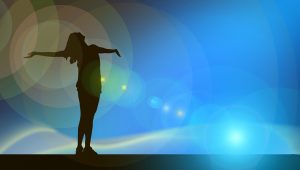 I gave thanks to God.

The joy I felt in my heart reminded me so much of the Bible parable of the Prodigal Son.  In the story they wanted to ‘kill the fatted calf’ (not that I’d do that!), put a ring on his finger (how about a toe?) and put a cloak around his shoulders (Stirling is totally beautiful just as he is!).

I wanted to pick him up and tell him I loved him and let him know how thrilled I was that he’d come back.  The problem is, guineas won’t let you touch them.  Darn it!

I looked around for Pearl, but was saddened when I found she wasn’t with him.  I can only imagine that something must have happened to her and now he was alone.  Maybe he was getting hungry and decided to come back home where he knew he’d be given a good feed every day.  Isn’t that what happened in the Bible story?

At this stage, I don’t have any intentions of purchasing another female.  It’s virtually right at the end of the breeding season, so we’ve got another six months or so to find ourselves another girl.

Stirling had a Secret

Can you imagine what his secret was?  Find out here… Guinea Fowl Young

What to learn when your guinea fowls fly away

Try to have more than one girl for each boy.  If a guinea fowl female is lost for one reason or another, the male left behind will potentially try to pinch a girl from one of the other guys.  They won’t all do this, as some mate for life, but believe me… they don’t all!

The greatest moral of the story is that although I’ve tried to keep them in pairs, if one of the pair dies, it creates all kinds of problems.  My two other boys, Pied and Gray, have shown signs that if they lose their girl they don’t seem to take any interest in taking another girl. (Both of them had lost their individual girl to Silver along the way).  Now Silver, on the other hand, I think he’s had all the girls!  Each year he decides which one he wants.

This is where most problems have come from, that, and the fact that sometimes a bird dies and upsets the balance.  They all like to have at least one partner each.

Have you ever had guineas fowls fly away?  What do you do about it?  Please share, as we’ve all so much to learn.